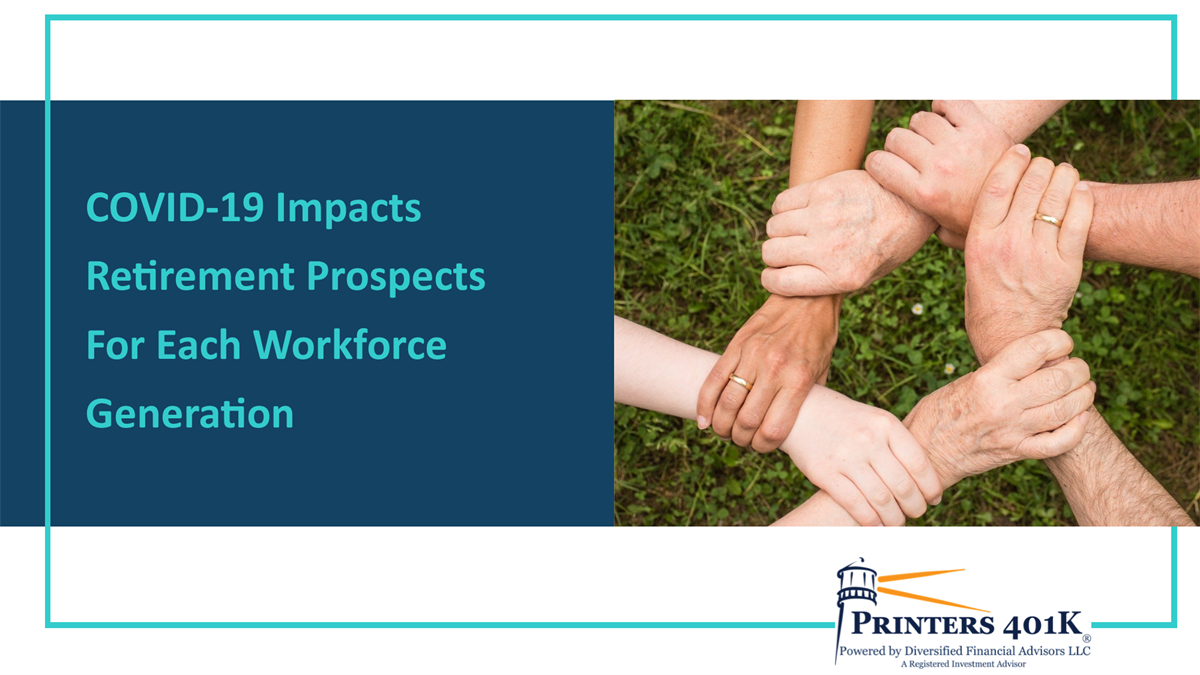 Those poor _________ (Millennials, GenXers, Boomers)! They really got the short end of the retirement stick, especially in light of the pandemic.

Which is the correct answer? Brace yourself for a difficult truth: all of them did. Here’s how.

Millennials started out behind in some respects, coming of age as they did during the Great Recession. They watched their parents struggle through the financial challenges of that time, then entered the workforce well-educated but with a huge amount of student loan debt. Many among this group believe Social Security will be bankrupt long before they can get it, and worry they won’t be able to save enough to retire comfortably on their own. Still, those Millennials who began investing early have enjoyed one of the longest bull market cycles in history.

Generation X was present in the workforce during the decline and fall of the pension empire — and the concurrent rise of the 401(k) plan. As such, many started saving for their own retirement early in their careers, although they took a significant hit to their savings during the Great Recession. Now that these “sandwich generation” folks are caring for both children and parents, many have been unable to recover the losses in spite of the bull market. And now, along comes a pandemic that further impacts their jobs and thus, their ability to save for the future.

Baby Boomers were well-established in their pension-earning careers when the shift to 401(k) plans began. While they were in the midst of their peak earning years, many did begin to save on their own. The Great Recession affected their balances, of course, and unlike their younger colleagues, they have less time left to recover. Simply because of age, they are more likely to be laid off or let go when the economy shifts as it did in 2020; members of this generation have lost jobs at almost the same rate as the Millennials.

The pandemic’s impact on jobs and savings is undeniable, yet workers across all generations continue to have an optimistic viewpoint of how retirement will look for them. The data, from the Transamerica Center for Retirement Studies, report that 70% of people who responded to their recent survey say they are looking forward to retirement. Sixty-five percent say they want to travel, 57% want to spend time with their family, and 46% want to pursue a hobby.

While saving enough continues to be a source of worry for all generations, 60% believe they are saving enough. Millennials either “strongly agree” or “somewhat agree” with that sentiment, with 59% of Generation Xers and 60% of Baby Boomers sharing a similar belief.

Employers have a key role to play in helping employees achieve retirement security. Many employers already sponsor a 401(k) plan, and that alone helps employees save. But there is more employers can do. For example, the Transamerica report suggests workplace financial wellness programs and phased retirements, among other suggestions.

The report is available online at Transamerica Center.

Disclosure: This material was created for educational and informational purposes only and is not intended as ERISA, tax, legal or investment advice. Investment Advice and 3(38) Investment Fiduciary services offered through Diversified Financial Advisors, LLC, a Registered Investment Advisor. 3(16) Administrative Fiduciary Services provided by PISTL Service Corporation. Discretionary Trustee services provided by Printing Industries 401k Trustees. If you are seeking investment advice specific to your needs, such advice services must be obtained on your own separate from this educational material.